The actress also directly recorded the song for the CF, which will be available for download in mid-January 2011 at the official Dove homepage.

2NE1’s maknae Minzy recently revealed a photo of herself with ‘little Big Bang‘.

On November 25th, Minzy uploaded the photo onto her me2day and also added, “The children that took the roles of Jiyong oppa and Taeyang oppa at last year’s ‘Gayo Daejun’~ ^^”.

In the photos, you can see the two kids smiling innocently with Minzy, and they’ve even matched Taeyang and G.D’s hairstyles and fashion.

Fans commented, “All three are cute~”, “Even just looking at their fashion, I can tell immediately which one’s Taeyang and G.D”, “All that comes out is how cute they look…”.

Minzy, who seems to be having a whole lot of fun with photography these days, also revealed some photos of her fellow members.

2NE1′s leader CL and maknae Minzy revealed their baby pictures for the first time ever through Star News on November 25th.

CL’s picture shows her youthful innocence as she plays with a hoola hoop while wearing a one piece, while Minzy’s shows her wearing colorful clothing and a name tag.

Although the two have grown up into powerful women, much attention has been put on their childish and more feminine child photos due to the contrast in images.

2NE1 recently wrapped up their promotions for their first official album and are currently preparing for the year-end award ceremonies.

2NE1’s Minzy is tired from the gym 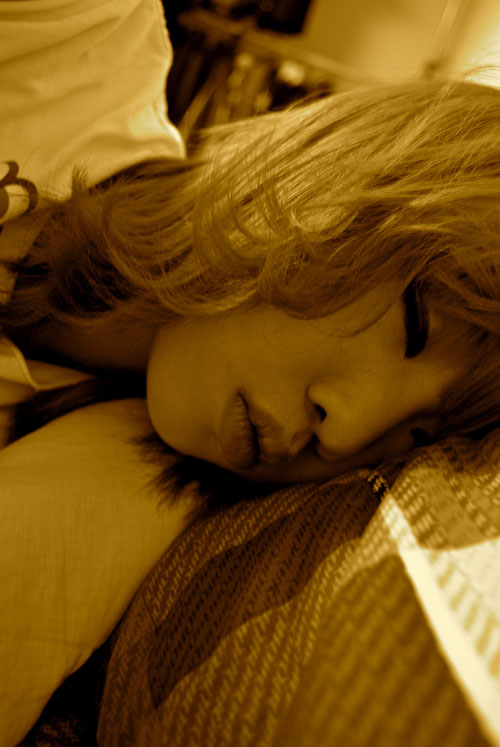 An artistic picture of 2NE1′s maknae, Minzy, was recently revealed.

On November 24th, Minzy uploaded the picture on her me2day account and added, “Nyahahaha I’m sleepy ~~ T_T After exercise I’ll sleep for a bit and then go off to dance practice!!”

The sepia-tinted picture shows Minzy sleeping on her pillow after a hard day’s work at the gym.

The ladies of SNSD / Girls’ Generation officially debuted in Japan back on September 8th with the release of ‘Genie’ and ever since then, the girls have experienced a lot of popularity in the country. To further their promotions in Japan, the girls recently appeared in the latest issue of SPUR Magazine.

The photo spread is titled “Girls’ Generation in Classic Mode” and they look beautiful as usual. Check out the photos below!