Winners from the 2010 Melon Music Awards 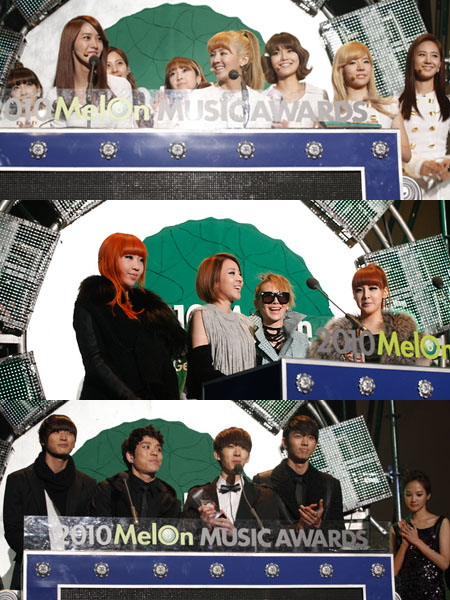 The 2010 Melon Music Awards was held on December 15th at the Hall of Peace in Kyunghee University, and many top K-pop artists were in attendance.

The awards show begun in 2009 and took its place as one of the big four music award ceremonies in South Korea, alongside Mnet Asian Music Awards, Golden Disk Awards, and Seoul Music Awards.

The awards ceremony is famed for calculating ONLY digital sales (80%) and online votes (20%) onMelon.com, and the final tally of those two factors will give the winners in the various categories.

Below is the list of winners from this year’s show!

Only Jia and Fei took to the stage to receive the award, as Min was away for a scheduled variety show recording, while Suzy was filming her drama, ‘Dream High.’

– Gummy (Because You’re A Man)

Congratulations to all of the winners!