Korean Drama “Heartstrings” will start to invade their foreign fans

Although the drama’s rating was not that good, they made their international fans fallen from it. As a proof, the drama was recently voted as the “Best Korean Drama” on squidoo.com and on a fan-created page on Facebook “Best of Korea” .

It was pre-sold to eight countries including: China, Hong Kong, Japan, Philippines and North America while talks in acquiring the rights to broadcast the show is still ongoing in several other places before the drama aired in Korea.

There are three versions of the drama’s titles have also been confirmed. “Heartstrings” in America, “Ni Wei Wo Zhao Mi” in China and “You have fallen for me” (translated title) for other overseas places.

* The ‎Heartstrings (넌 내게 반했어) (For me, this page is very updated among the other Heartstrings pages on Facebook) 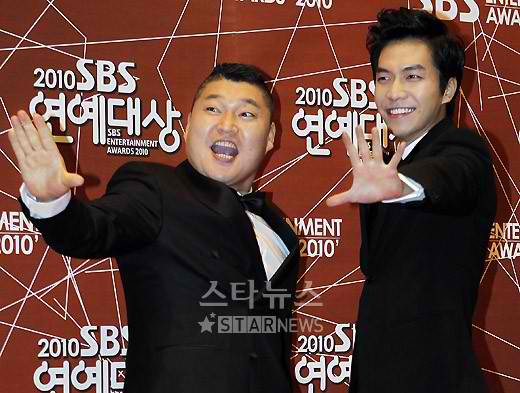 The first annual allkpop Awards launched 10 days ago and the voting has been fierce!  With the results 100% decided by you, the allkpop readers, and millions of votes already (2.35 million to be exact) – the allkpop Awards is the only true voice for international readers to have a say at who the best of the best are!

With that, below is an update on the standings thus far, but we won’t reveal too much, as we want the final results to be a surprise!

For now, here are the top 5 contenders in each category (random order – because suspense is awesome!):

If you haven’t been voting, no worries, there are still 15 days left and you can vote once per day per category – So get your vote on and have a say on who’s crowned at the first annual 2010 allkpop Awards!

A controversy has recently been surrounding the ‘2010 Yahoo Asia Buzz Awards’, as many fans are doubting the legitimacy of its online voting system.

The problem that had caught the attention of sharp fans is that the poll results for some nominees had either taken a sharp rise or drop in a spontaneous fashion. For instance, in the ‘Male Buzz Star’ category, Jang Geun Suk’s poll results saw sharp rises and falls at a continuous rate, while a considerable number of votes for Kim Hyun Joong dropped unexepectedly.

Consequently, many netizens are suspecting the poll results to have a substantial error in voting calculations.

Fans have become even more angered by Yahoo’s lack of investigation on this matter, who merely called it a simple ’server error’. Netizens commented, “The globally acknowledged Yahoo doesn’t want to be humiliated in public, which is why they are ignoring the hard work of the fans”, “I want to rebuke Yahoo for their lack of action regarding this issue.”

Responding to such criticism, a representative of Yahoo Korea explained on December 2nd, “There was a problem with the server overloading, however, we have not been able to confirm a manipulation of the poll results. We are still inspecting the reasons behind these errors.”

They carefully continued, “We cannot reveal a correct set of poll results without fully completing our investigation. We cannot confirm anything for now.”

Meanwhile, according to the online poll results on the site, Jang Geun Suk ranked 1st place for the ‘Male Buzz Star’ category for this year’s ‘Buzz Awards’.

CNBLUE’s Jung Yonghwa personally visited fellow member Kang Minhyuk in order to support him during filming for his first drama.

Despite being in the middle of his own show recording, he immediately rushed over to the studio next door after hearing that Kang Minhyuk was filming SBS’s “It’s Okay, Daddy’s Daughter“.

According to a representative on set, “As his acting senior, Jung Yonghwa looked very much like the group’s sturdy leader and hyung, as he gave Minhyuk any advice he could in order to help him calm down.”

When asked about what type of advice he received, Kang Minhyuk answered, “Yonghwa-hyung told me to do my best in whatever I was doing and make sure that I act with respect. I feel really strong and thankful for Yonghwa-hyung coming to support me despite his busy schedule.”

CNBLUE has a ghost in their dorm’s couch?

CNBLUE member Lee Jungshin played a cute prank on fans yesterday, posting a photo on their official Twitter of a supposed ghost that is haunting their couch.

They tweeted, “Hello. I’m the couch ghost living in CNBLUE’s dorm. Lee Jungshin is currently sprawled out tired. This leg… Is it okay if I take it?”. A picture was attached showing a message on the couch that said, ”Give me my leg TT.”

Fans commented, “It’s totally funny. Who made this cute message,” “I want to haunt their dorms as well,” and “Jungshin’s long legs are incredible.” 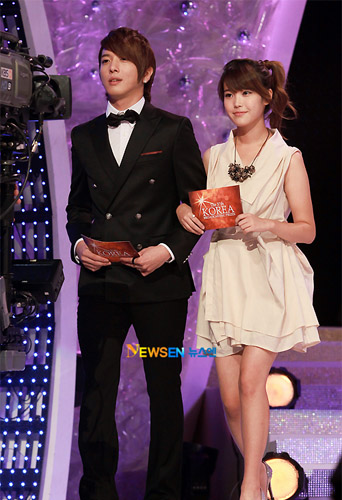 SBS will be holding their 11th “2010 Love Sharing Concert ” on November 14th in celebration of their 20th anniversary.

SNSD’s Yoona will be taking the place of f(x)’s Sulli by MCing for the event alongside “Inkigayo” MCs, Jung Yonghwa and Jo Kwon.

The “Heroes” team and CNBLUE led by Jung Yonghwa participated earlier in a special ‘love sharing’ activity for the concert on October 29th by visiting a disabled infant home and acting as ‘one day’ parents to the children there. This special footage will be shown during the concert.

In addition, the line-up for the concert which will be airing in place of Inkigayo this week includes VOS,2PM, Rainbow, miss A, Ga-In’s goodbye stage, 2NE1′s “Can’t Nobody“, and B2ST’s first ever performance for their comeback, “Lights Go On Again” and “Beautiful.”

Check back with allkpop for more details on this interesting event!

Yuri and Sunny want to film “We Got Married” with…

Five members of SNSD appeared on this week’s Happy Together to talk about all kinds of things from their new album to funny stories. 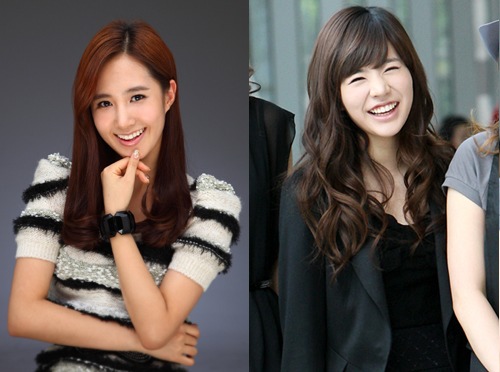 Of course these idols fit in time in between to talk about their ideal types, as always.

They were asked who they would like to be with in a make-believe marriage, just like Seohyun withCNBLUE’s Yonghwa on MBC’s “We Got Married” program.

Sunny answered, “I would want Jo In Sung.”

Park Myung Soo then asked Taeyeon about her make-believe marriage with Jung Hyung Don, “Wasn’t that really hard?” Taeyeon joked, “Don’t even talk about that.”

I really love music and listening to it is my hobby especially when I’m too bored or too busy doing paper works. So, while I’m typing and translating a document right now, I’m listening to Jang Geun Suk’s version of “Without Words” (One of the Korean theme song of “You’re Beautiful). I wanna share it with you, so here’s the lyrics :

Hope you like it. I’ve put the English translation and the romaji, so you’ll understand it clearly.